This week has been pretty laid back with not a bunch to talk about, but I did have two or three cool events happen with some lessons that we had this week. I want to talk about them really quick before I answer questions. 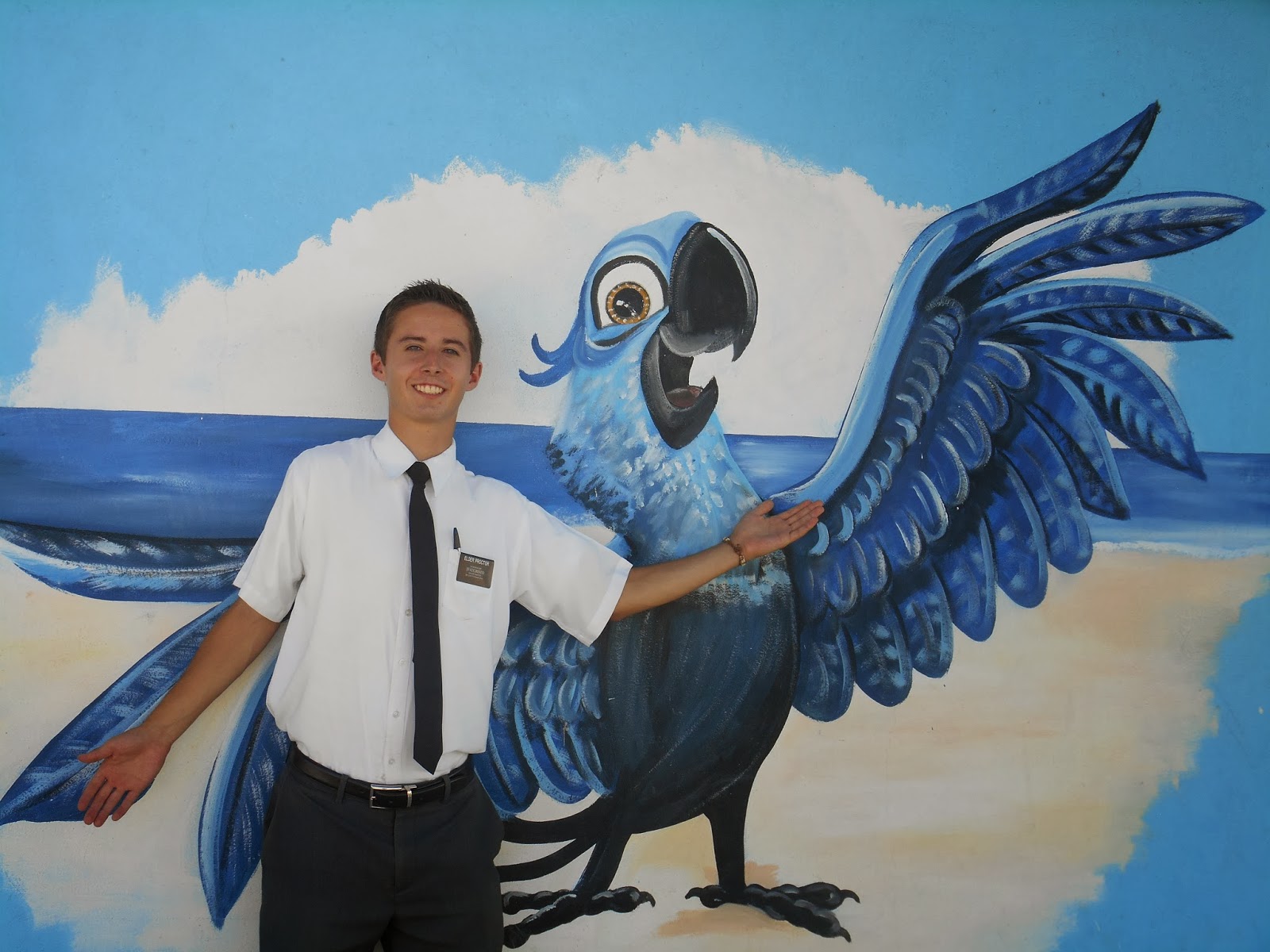 The first was last night actually. We went to go teach a boy named Luis Angel and his girlfriend Ferina. Luis has a younger sister who is 15 and has a form of Down-Syndrome where she cant speak but she can understand everything that is said. She loves it when we come over and sing hymns with them and she always has a smile on her face. Luis is a member and was baptized not too long ago but his girlfriend isnt. So thats why we went to go teach her. We started teaching the lesson about attending church and why it was important. Ferani had a lot of questions about the creation of the earth though for some reason... kinda weird but oh well. At the end of the lesson, when Ferani had no more questions, the little sister of Luis grabbed Elder Smith's picture book that has pictures of the entire book of Mormon in it and opened it up to a picture of a young girl being baptized. She pointed at it and gestured it to Ferani... It was so cool to see it. We hadnt even been talking about baptism at all during the lesson, yet this young girl with down syndrom opened the book and showed this nonmember this picture of a young girl getting baptized. It was so awesome. We didnt do anything about it because it was the first time teaching her, but we plan to invite her to be baptized this week sometime.
The second cool experience I had this week was that I got to travel back to Barrio Carmen! I got to see Hermana Alejandra (17 years old) and Hermana Julia be baptized! oorah! It was super cool because I had been the one that initiated the teaching with them when Elder Gray and I arrived there. I saw the both of them be baptized on Saturday night. It was awesome to see them. Alejandra came up to me after the baptism and wanted to take a picture with me and even wanted me to give her my contact information so that we could stay in touch after I return home. How cool is that? I never thought I was that big a deal with her because she always had a little crush on Elder Gray, but I guess I was wrong. Pretty cool experience for me. The two of them are such nice people and I am happy that I was able to witness there baptisms and not just hear about it through the missionary grapevine.
Apart from that, I invited a young boy named Fabian to be baptized on Thursday night and it went really well. My confidence with everything is really picking up and I feel that I could talk to almost anyone without having problems. I am pretty excited about that. Its becoming a lot easier to speak my thoughts to people when youre more confident with it. My New Years Resolution is coming through pretty well! We planned his baptism for the 22nd of March so we shall see what happens. He didn't
seem too excited about it, but we will see when we teach him this week.
Well, that's about it for this week. Nothing amazing happened other than those two events. We are still just pluggin away trying to figure out the houses and what not. The life of Senior Companion is a lot different and I am liking having the responsibility of everything. Its nice to be able to make the chouices for once. I hope things are all going well for you. I understand everyone is staying busy like normal, dating, school and work! Way to be. Keep it up! Stay strong with it and keep moving forward. I love you guys to the stars and back and as deep as the ocean blue!
-Kia Kaha
-Elder Proctor
Posted by Elder Alex Proctor at 7:28 PM