Trio in the Villa & Dr. Pepper 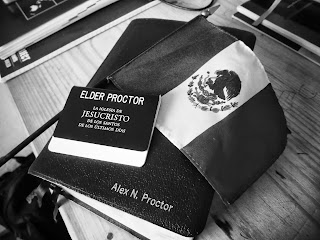 Alright family so this week I think will be pretty short because nothing overly special happened. We have been spending a lot of time just talking to members and teaching the people that we get the chance to teach. We have two baptismal dates coming up this Saturday for a young boy named Daniel and for an older man named Raul. Both of these guys are great. Daniel is such a smart boy who is only thirteen years old trying to set the example for his mom and grandma. He is such an example to me. With Raul, he has a wife who is a member and a son named Axel. Hes a stud. HAHA But the cool thing is that he needed to get married first before he was able to be baptized. Elder Gray got a call the other day from Raul saying that he had made arrangements to be married on the 21st of October and then would want to be baptized that night! How awesome is that! Hes such a cool guy even though he can be a little crazy sometimes. HAHA

Anyways, thats about it with what has happened this week. I will definitely keep you all posted with how everything plays out. =) As far as everything else goes, the heat is still really strong here, although it did rain a little this week so the poncho from Mr. Macs came in handy mom, Thanks haha. The food is getting better because we are so much closer to everything here. The living arrangements are about the same as Tenosique so I cant really say anything new about that...

I wanted to thank everyone for the birthday
wishes! I got the packages from ya'll last week and I loved it! It was exactly what I needed! I am definitely starting this year off great with the support that I have from you all. Its amazing how much you have all helped me and how much you're letters help me also. Its so nice knowing that I have such a strong family support system at home. You have no idea... SO thank you all for the wishes and for your gifts!

I am still adjusting to everything here and trying to fit in with the language and what not. Its a struggle but I am doing me best. I will send some pictures of my living quarters and some random other things that I though were funny. Keep sending pictures, keep sending letters and packages. Anything you wanna send... send. I would rather have it than not have it. When in doubt, just send it. HAHA I love you all so much and cannot thank you enough for everything. I wouldn't be able to do this without you all. Stay strong with everything. Smile and keep you're heads up! I have learned that sometimes you just have to keep moving forward even though things are coming against you. I LOVE YOU!